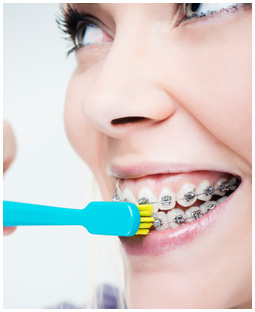 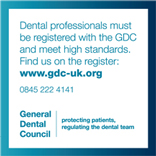 All our dentists adhere to the rules governing the profession under strict guidance from the General Dental Council (GDC) "Standards for Dental Professionals".

Matthew Power qualified from UCH in 1990 with a Bachelor of Dental Surgery degree. In 1991, he gained an MSc in Mineralized Tissue Biology from UCL.

He gained his primary FDS in 1992, and from 1993-1994 he worked in the department of Oral and Maxillofacial Surgery at Whipps Cross Hospital. He passed his FDS in Glasgow in 1995.

He founded Phoenix Orthodontic Practice in 2003 and continues works as lead Orthodontist.

Mrs Power qualified as a dentist from the University of Hamburg in 1997.She worked in general dentistry mainly treating patients under general anaesthetics for 3 years. She was then trained as a specialist in Orthodontics in Hamburg and at the Eastman College in London after qualifying as a specialist in March 2004.

As a mother of three children Mrs. Power understands the problems and worries children face these days at school or college if they have irregular teeth. Her main aim is to create for each of them an aesthetically pleasing smile to improve their self-esteem and change their life forever.

Jonathan graduated in Dentistry from the Royal London Hospital in 1985. In 1989 he moved to New York where he taught anatomy at Columbia University. In 1990 he was accepted onto the New York University specialisation programme in Orthodontics. After completing his studies in New York he moved back to the UK and in 1998-2000 served as a Locum Consultant in Orthodontics at the Luton and Dunstable Hospital. He joined Phoenix Orthodontics in 2019 and now serves as the practice's orthodontic specialist. He has published in the American Journal of Orthodontics and lectured at the British Orthodontic Society's Inaugural research day.

In his spare time Jonathan enjoys spending time with his three grown-up children.

Maria Matthew has been working at Phoenix Orthodontic Practice February 2020 and is a qualified Orthodontic Therapist. Maria previously qualified as a Dental Nurse ( NEBDN 2013) and went on to complete her postgraduate in Radiography (BDA 2016) and Orthodontic Nursing (SMG 2016).

Contributing to so many beautiful smiles and enabling patients to build new confidence is such a rewarding part of her job which Maria thoroughly enjoys.

Samjhana started her career in 2010 as a dental nurse and gained her Diploma in Orthodontic Therapy from The University of Warwick in 2020. Samjhana completed her post registration qualifications in Dental Radiography in 2015, Oral health Education in 2016 and NEBDN Certificate in Orthodontic Dental Nursing in 2017.

Samjhana is enthusiastic and enjoys being part of our clinical orthodontic team making the practice more efficient and organised for the patients. Her role involves the implementation of treatment plans and carrying out virtually all orthodontic procedures as prescribed by the Orthodontist.

How to Find Us